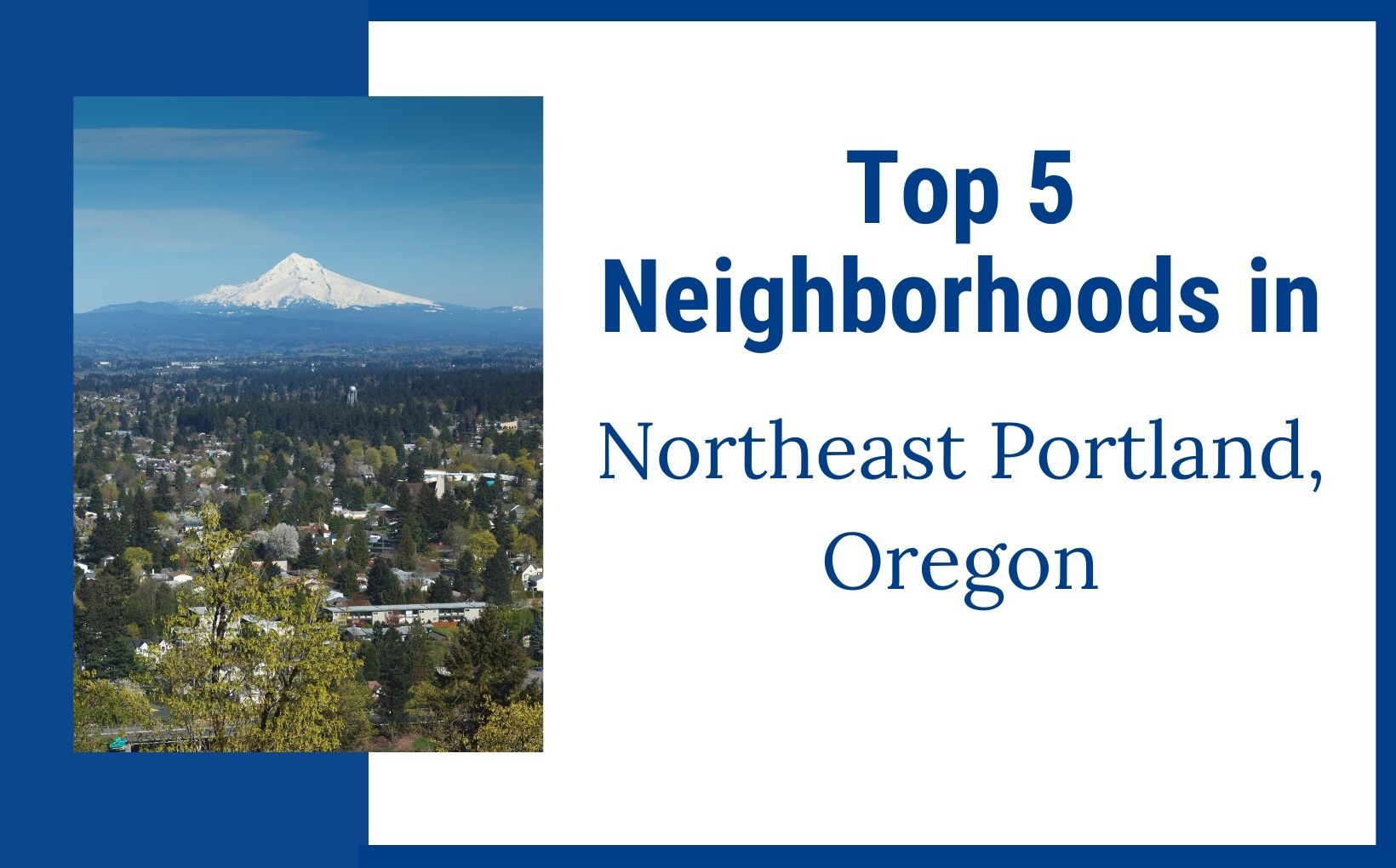 If you’ve ever looked into all of the great neighborhoods and lifestyle choices that Portland, Oregon has to offer, then you probably already know that Portland is separated into sections. And you’ve probably heard of the popular area of Northeast Portland. This is because this area of the city is home to a variety of activities, convenient lifestyles, and affordable housing options. Making it one of Portland’s top sought after areas to live in.

Where is Northeast Portland?

And what’s so great about it?

Northeast Portland is centrally located in the center of the city, offering easy access to any part of Portland and its surrounding neighborhoods. And we especially love that there are a ton of 2 bedrooms, 1 bathroom homes with full basements to choose from. Making it a great place for families to move in the Portland area.

The landscape in this neighborhood is changing as well, with new construction popping up in the midst of established neighborhoods – which is a sign of the booming growth that Portland is seeing overall. Which the city is making good use of premium land space in these neighborhoods.

Since the lot sizes have historically been so large in Northeast Portland, it’s rich with potential for building Accessible Dwelling Units (ADU’s) on the same lot as already well-maintained older homes. The ADU’s are being used either for additional rental income through sites like Airbnb, or for long term rentals and tenants.

Northeast Portland has also seen a lot of the older, outdated teardown homes replaced with really unique, interesting architecture homes of every style. Because of the free zoning and neighborhood association rules, all types of one of a kind, stylistic homes are popping up, offering newer construction in a fantastic, older neighborhood.

Of course, you can also select one of those older homes as your own. That’s the beauty of Northeast Portland, it offers something for everyone!

Northeast Portland, Oregon has so many fantastic benefits, you may be asking yourself, “how do I choose?” Don’t worry, that’s what we’re here for!

We’re sharing with you the top 5 neighborhoods in Northeast Portland, and what makes each of them so great.

If you’d like to follow along and see some of the housing styles and neighborhood settings for yourself, watch our Youtube video tour of Northeast Portland.

The Best Neighborhoods in Northeast Portland

Number five on our list is the iconic Irvington neighborhood.

Irvington is a beautiful neighborhood that features unique craftsman homes and bungalows. In fact, it was originally designed in 1900 as a suburb to Portland, although now that the city has expanded over more than a hundred years, it is one of the closest neighborhoods to downtown in the Portland metro region.

This is a primarily residential neighborhood, that’s conveniently situated right next to the busier commercial Lloyd district, known for its shopping, mall, convention center and Moda Center stadium.

Irvington is the closest livable neighborhood to all that Lloyd’s inner-city hub offers.

Irvington’s central location offers easy access to downtown and the west side neighborhoods right over the Broadway bridge, as well as freeway entrances for each of the main highways. There is also convenient public transportation via the MAX Light Rail, that can take you anywhere you want to go in the city.

The shops and restaurants in Irvington are all on the south side of the neighborhood, bordering the Lloyd District.

The east and west sides of Irvington district are defined by two large parks, Grant Park and Irving Park. If you go north from the Lloyd district, past the shops and restaurants into the Irvington district itself, you’ll start to see a lot of the beautiful, enormous older homes from the turn of the century that the area is known for.

No two houses are the same in the northern half of the Irvington district, and both the square footage and lot sizes are very substantial and surrounded by beautiful old-growth trees. Of course, with all that beauty and history comes a price tag to match, so these homes typically start at the $500,000 price range and go up into the millions.

However, these prices are a great deal, because for that price you’re getting one of the most accessible, beautiful neighborhoods in all of the city, with much larger than average home sizes.

There’s no other neighborhood quite like Irvington in the entire city, so make sure to include it on your list of potential areas when searching for a home to buy in Portland.

All of the neighborhoods in Northeast Portland are well-situated together, touching one another. So we don’t have to venture far from Irvington to get to our next favorite Portland neighborhood, Alameda.

Just adjacent to Irvington, Alameda offers everything that Irvington offers,, including a lot of older large homes. As you start venturing farther into the neighborhood, Alameda offers many more affordable homes as well.

And is home to one of the best elementary schools in the city, 100-year-old Alameda Elementary.

At the heart of Alameda, on NE Fremont Street, you’ll find a variety of walkable shops, restaurants, and a library. And nestled in between all of these beautiful homes and diverse offerings are the lush green trees and blooming spring flowers that the Pacific Northwest is known for.

You really need to see this area to believe all it has to offer.

It’s difficult to summarize the amazing Alberta Arts District in just one paragraph, but we’ll try!

(If you want even more, watch our entire video dedicated solely to this vibrant neighborhood.)

What exactly is the Alberta Arts District?

That’s what we Portlanders call the 20 block stretch of local shops, art galleries, and restaurants along NE Alberta Avenue. This area has undergone quite a lot of gentrification over the past few years, so you’ll see a lot of remodeled homes, updated shops, and new murals and street art among the audacious original artsy vibe.

Among the quirky Alberta offerings are a school bus turned into a food cart (check out the Grilled Cheese Grill!) and a hotel comprised of all Tiny Homes. There is no shortage of creativity in this neighborhood, taking after its creative namesake.

Another iconic trademark of this neighborhood is the famous Last Thursday held each month in the summer season along the main road on Alberta. This area shuts down the main street for the night, and hundreds of people come out for the evening. They can enjoy listening to live music, browsing the local vendors who set up shop along the sidewalks, and watching circus acts and street performers of every kind.

It’s definitely one of the best people-watching oppportunities in the city, and a must-see event if you’re in town on the last Thursday of the month in the summer.

The best thing about this NE PDX neighborhood ?

All of the homes are super close to this main street, so anywhere you live you will be within walking distance to shops, restaurants, and activities.

With its close proximity to the liveliness of the main streets, the outdoor space of these homes aren’t quite as big as other areas, like Beaumont Wilshire, and a lot of the homes provide tighter living quarters than Irvington or Alameda, yet with a lot more options for recreation.

A post shared by C L Λ I R E📍 Vancouver, BC (@little.travel.runner)

The quiet northeast Portland neighborhood of Beaumont Wilshire is a gem which straddles Fremont Street.

It’s actually a combination of what used to be two distinct neighborhoods, which have now merged together. What was formerly the Beaumont neighborhood is located on the south side of Fremont, and the Wilshire neighborhood is on the north side.

As Northeast has grown in popularity, the two neighborhoods joined together to form the Beaumont-Wilshire Neighborhood Association, which recognizes their similarities, including their common commercial center of Beaumont Village.

Although these two areas are combined into one neighborhood, the housing styles on the different sides of the street are quite distinct.

On the south side of Fremont, you will see a lot of early turn of the century bungalow and Tudor style homes.

On the north side, the homes are mainly 1950’s style classic homes.

The median price for these homes is right around $500,000, with options on either side of that price range. That’s quite a deal for the walkability that this neighborhood offers. The quiet neighborhood streets are located just one block off of access to all of the Fremont shops, bars, and restaurants.

One place you should definitely check out in Beaumont Wilshire is the Beaumont Market, which offers fresh produce, meats, groceries, and an entire room full of craft beers. I mean, what are we waiting for, let’s get one right now!

We’ve saved one of our favorites for last.

The Grant Park neighborhood is named after its beautiful park, which offers 300 acres in the heart of the city, plus an amazing outdoor pool.

Grant High school is also situated in this neighborhood and is one of the best upper-grade schools in Portland. The high school recently went through a complete renovation!

Not only are the schools in this area desirable, but it also offers wide streets, beautiful landscaping, and quiet neighborhoods. Grant Park is a highly sought after neighborhood to live in all of Portland because the park and schools are all aligned in the same stretch of road, so you’re quite close to daily conveniences.

While there aren’t as many shops and commercial spots in the Grant Park neighborhood, families living here are near to their everyday activities, and only a short drive or bus ride to easily access anywhere else in the city.

Now that we’ve shown you the top five neighborhoods in Northeast Portland, Oregon, you can definitely see why this area is a popular place to live. With its excellent schools, diversity of homes, and proximity to unique shops and activities, it’s easy to see why the Northeast area of Portland is the perfect place to call home.

← Should I move to Portland Oregon? Laurelhurst Oregon → 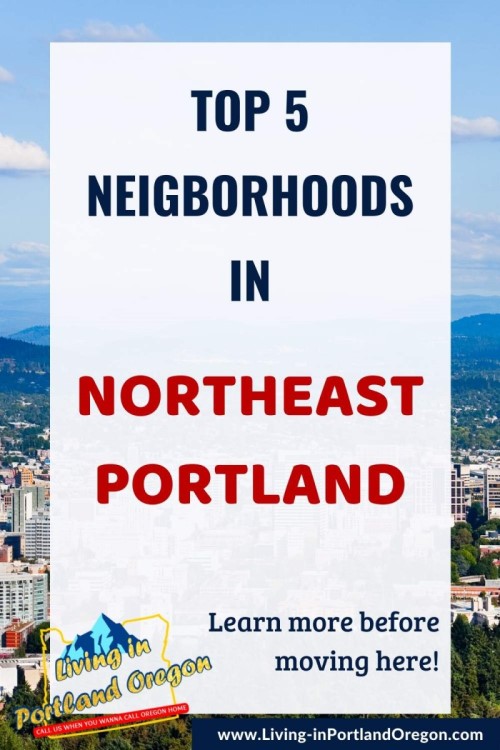 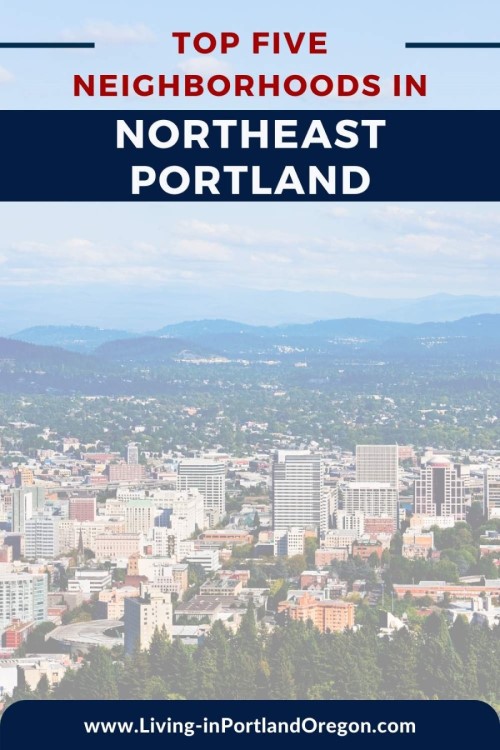 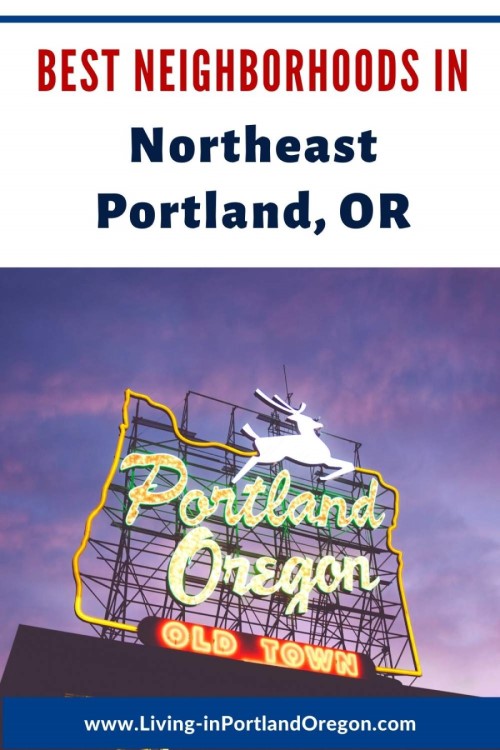 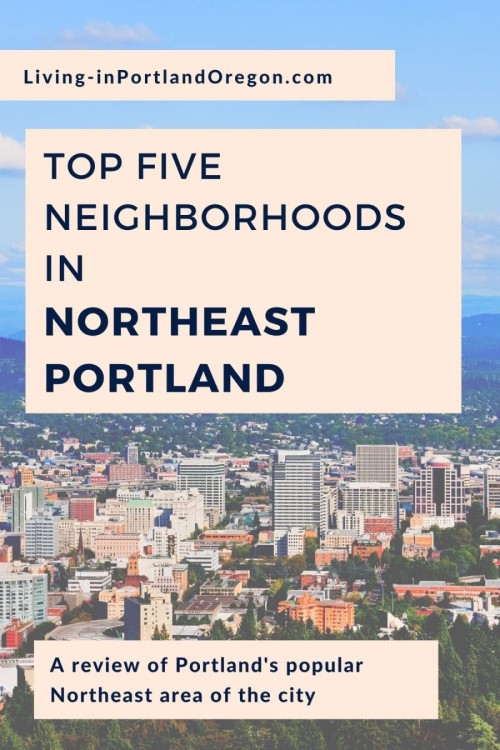 ← Should I move to Portland Oregon? Laurelhurst Oregon →